ANGEL was created by Vancouver artist Jackie Haliburton, who pioneered hand-painted T-shirts and clothing. Jackie studied at the Banff School of Fine Arts in the 1960s before moving to Los Angeles to attend the prestigious Chouinard Art School (now known as the California Institute of the Arts), where she graduated with a Bachelor of Fine Arts degree. She also has a teaching degree from the University of B.C. and taught high school art for many years before opening her first store in Vancouver’s Kitsilano district in 1978. ANGEL then spent 16 years on Robson Street before moving in 1998 to the historic Gastown area. Jackie travelled extensively in Europe researching fabric paints and dyes before launching her own Angel fabric paint brand, which customers from around the world rave about, saying it’s the best they’ve ever used. We offer 55 custom designed colours for you to design your own painted garments, everything from T-shirts to leather jackets. 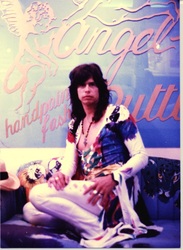 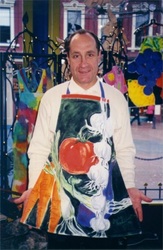 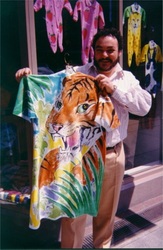 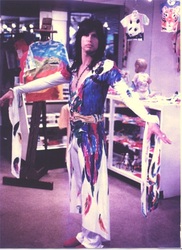 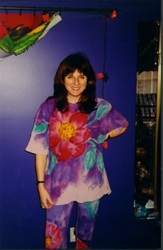 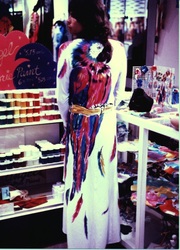 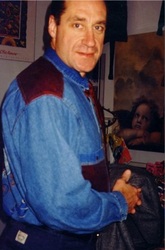 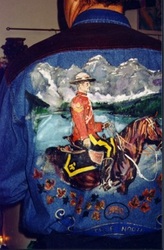